A colleague in Serbia translated their SIMBAD  session results into English. Vladimir is an abductee who has undergone at least 4 SIMBAD sessions with an abductions hypnotherapist who is familiar with the research of Dr. Corrado Malanga of Italy. (http://flashmentalsimulation.wordpress.com/liberation-techniques/simbad/)

These are his words describing his SIMBAD findings and implant sketches. Some are quite detailed.

My name is Vladimir. In the late summer of 2012, I went through a regressive hypnosis experience, with an aim to liberate myself from alien abductions. The procedure of my regressive hypnosis session was based on Dr. Corrado Malanga’s SIMBAD exercise.

By the help of this technique and under a guidance of a hypnotherapist, I have managed to get rid of a considerable amount of implants which were placed on my body and on my Spirit, Mind and Soul components. I also managed to remove various attachments and entities who have installed those implants and finally, to get rid of the influence from AAM and PAM. (EL-AAM is Active Alien Memory, and is a spirit and mind component of an alien who uses the Soul energy of the abductee to come to life and use its will on the abductee. The PAM is the passive alien memory, which is neutralized from its spirit, so it no longer can use its will be used to influence the abductee like an alien “parasite”. The AAM is like a computer software program of an alien identity, enlivened by the human Soul component.)

I had been abducted from third month of my life, as I still was a fetus in utero, till the moment my Soul component realised what was happening.

And, during the session, I was able to gain a pretty nice view and feeling of these implants. I have memorised them visually and eventually, I made an effort to express them graphically via the attached images. The purpose of these images and explanations is to show people how the implants look like and what was their purpose. All of the implants which I encountered during the sessions, I have experienced as “energetic”, as if they contained in themselves some sort of light or electricity.

I went through 4 sessions altogether during which all implants were removed. After that, I was able to exercise SIMBAD by myself, without a guide. Before, I was not able to carry out SIMBAD by myself,  as I was blocked by the implants.

Implants detected at the first session:

These implants were installed in myself by two reptilian entities in my 3rd year of life. 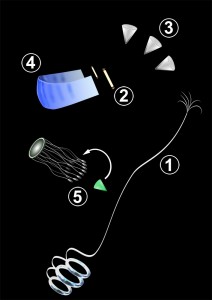 1. The implant consists of three energetic discs which are connected by energetic fibers, which bind them together and it goes along the spine to the atlas, where it branches off into smaller filaments. The rings are placed into the lumbar part of the spine. The purpose of the implant is to block impulses from the lower portion of the spine, the sacrum– which is an area connected with sexuality. It was used for giving pleasures to reptilians by diverting my sexual energy to their direction, instead of it being used for my body. I also perceived it as being placed on my Mind component.

2. Implants on temporal bones. At he beginning, I perceived at as two red dots, however, later when I was removing it, they looked as two scrolls. Their purpose was to control the frontal lobes of the brain. I saw it on my Soul component, as well. On the soul, this implant develops into the implant No 4.

3. Cones in the head. They are used for transfer of impulses from outside to inside, and from inside towards outside. Something like a device for monitoring and control. I saw it also on my Spirit component.

4. This implant represents an “energetic filed” which has developed In front of my Soul and it is connected with Implant No 2. I felt that it was used to block the Soul component.

5. Green cone which is levitating under the plexus area and it was connected to the spine by some sort of tinny filaments. When I was removing it, it tuned out into a small ‘medusa’; it looked like a real sea jellyfish. I do not know what it was used for. The cone was implanted on the Spirit component, as well, however, it did not turn into a medusa when I was taking it out from there.

Implants placed by Horus-Ra, when I was 7 y.o.: 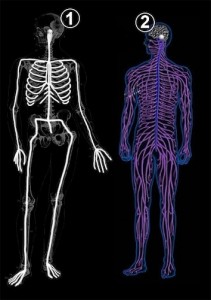 1. Implant on the Soul. Used for “plugging in” of my “hybrid offspring” to my Soul (energy). The hybrid children were made from my sperm, which they were taking during abductions from my 16th year, and from ova of women who are unknown to me. They experimented with the sperm and female egg cells. So, my feeling was that the ring was used for sucking out energy from the Soul component.

2. This implant was placed in such a way to grow together with myself, while I grow in my life. It was installed on the location which corresponds to some of the chakras and it ends in my sexual organ. It was used to block and control these places and for syphoning out the sexual energy.

Implant from “The Boss” placed in the 6th month of the pregnancy, while I was still a fetus. 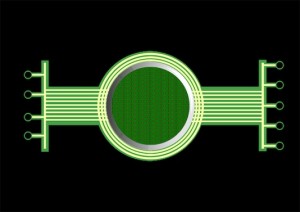 The breast plate which is hooked back to the spinal column. Used for control, or better to say, as a ‘pressure’ for lowering down awareness. The implant behaves like a collector of energy from all body’s energy meridians. “The Boss” was first waiting for the others to place their implants, and then he placed his. While being under hypnosis, I was saying that all people were having this implant. I have got an insight and a feeling that it was really so. 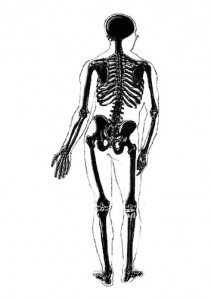 Implants from Horus-Ra, (The Lord of the Rings?!?sic); unknown when it was placed? 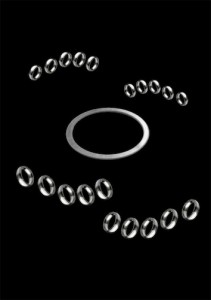 Rings on the legs and arms. “Bracelet” on the Mind. The rings where also present on the Spirit and the Mind, though, in somewhat different form. Used for control purposes. The bracelet seems to be designed for Mind control or for the purpose to block the formation of a bridge between the Soul and the Spirit.